Loris Gregerson, 64 of Waubay died on Friday, July 29, 2016 surrounded by his children and his best pal, Gismo, his dog at his home in Waubay. Memorial services will be at 11:00 A.M. Wednesday, August 3, 2016 at Fiksdal Funeral Chapel in Webster, Rev. Janet Miller officiating. Inurnment will be at Lakewood Cemetery. Memorial visitation will be at Fiksdal Funeral Service on Tuesday 5-7 P.M. fiksdalfuneral.com. He would have wanted his obituary short and sweet, but since we kids are writing it, it will be anything but! He would have grumbled and complained about it, but a big smile would have come across his chubby cheeks. Loris was born May 20th, 1952 to Laverne and Margaret (Willard) Gregerson. He had one sibling, an older brother, Dennis. He was baptized and confirmed at Our Saviors Lutheran Church in Waubay, SD. Even though our dad wasn't a church going man, we learned the most about God through watching him. He was generous with his money, time, and love to all who came to him. He never put himself above anyone, and, most of all, loved us kids and his grandkids. After graduating from Waubay High School he worked a few formative jobs which built the foundation for establishing his own trucking company where he maintained involvement with Gregerson Salvage. Even after retiring in 2004, dad enjoyed volunteering his time trucking and operating equipment with his brother Dennis who he maintained a very tight relationship with until their early departures. He worked hard at everything he did and took pride in his endeavors. His door was always open to all for food and rest, or simply just, as he would say, "to shoot the breeze.” You were always guaranteed a smile or funny little jab and often a good game of cards. He had both paternal and maternal instincts. He was stern yet nurturing and his hugs for us never ran out of supply. He would try to discipline us as children but he couldn’t hold a straight serious face long enough before we would all start laughing. We could always be ourselves with our dad and he with us. We were a pretty open family whether we were fighting or laughing. Dad was always there to help us, all we needed to do was call or stop by. If we needed to talk, he listened and often had encouraging words to offer as well as the hard truth or sometimes he would just listen quietly. He was there when we needed him and more importantly he was there when we didn’t. No matter how old we were, we always knew we had a HOME to come back to, he was our Home. Our dad was a simple guy all the way down to his plain pocket t-shirt, blue jeans, cap and devilish smile. In his early years, he enjoyed fishing and hunting. He always enjoyed watching movies and westerns, eating good food and playing jokes on everyone. He enjoyed keeping busy in his shop working on projects or being at the office visiting with the guys. He especially enjoyed his early morning coffee with Dennis. He always bragged about how early he woke up even though later he would take a three hour siesta. Dad was never too old to show us his kung fu moves and how quick he was for his age (or how quick he thought he was haha). He loved watching wrestling. Anytime we were in the truck with him he would blast his favorite songs. Whenever Elvis came on the radio, dad would curl his lip and with his best Elvis-like accent say “heyyy, can I get another jelly rolllll?” If you knew our dad, you were the "Lucky" ones. We were fortunate to get a dad who packed a meaningful life into a short 64 years. Dad, we are forever grateful for the time we had with you, for the help you have given us but mostly for your unconditional love and hugs. Love you always, Jay - Clint - Desirae His memory will live on through his kids and grandkids; Jay Gregerson of Kennebec and his son Kadin, Clint Gregerson of Bismarck, ND, and Desirae Snyder (James) of Belle Fourche, SD and their daughters JoZee, Katie, and Marley, and of course his dog, Gizmoe.

To plant memorial trees or send flowers to the family in memory of Loris Gregerson, please visit our flower store.

A photo was added for Loris Gregerson 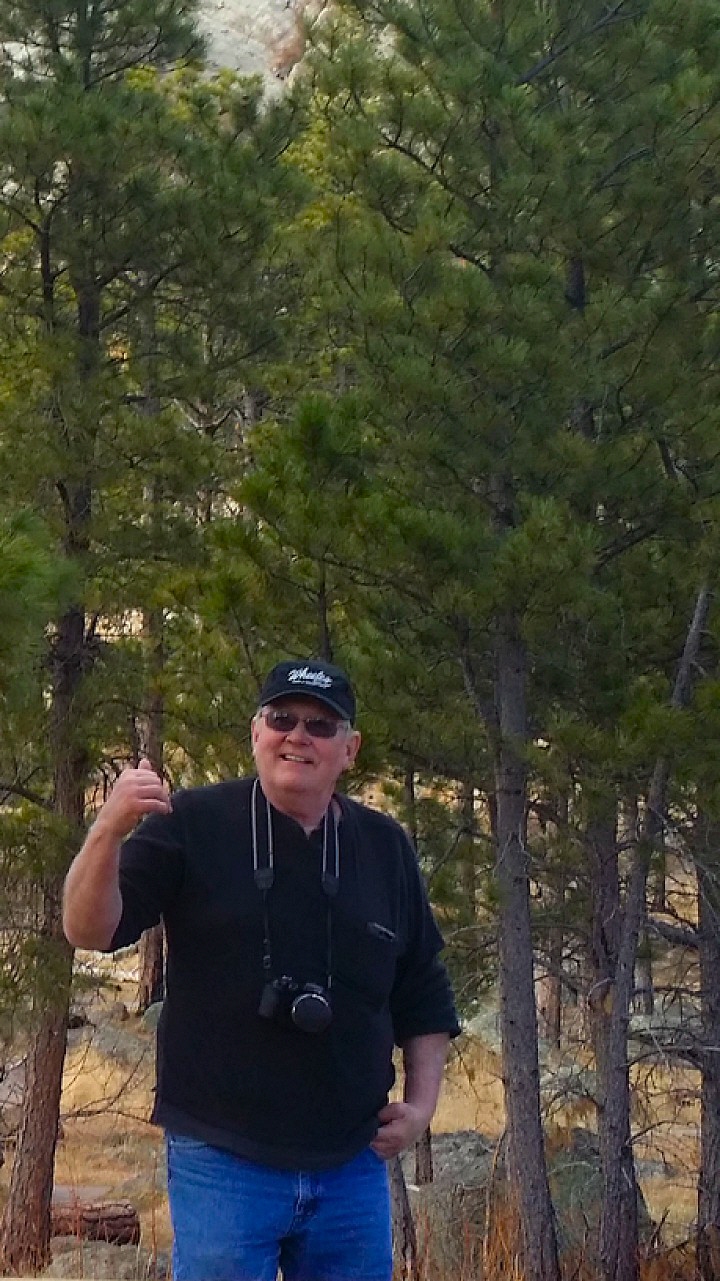 Loris was so good to my grandchildren after their dad died. They called him "Lois" cuz they couldn't get the "r" in there. They loved going over to visit "Lois" and usually came home with a can of pop or a candy bar. One day Emily was riding her aunt's bike and the tire blew out. She was terribly afraid she would get into trouble for ruining the bike so she immediately went to "Lois" in tears. He took the tire off, got a new one and fixed the bike good as new. Emily was so thrilled and relieved. She hadn't even told me about the mishap. I guess she knew I wouldn't know how to fix it but she knew she could go to "Lois" He was always so kind and gentle and ready to help everyone out. We will all truly miss him. Sandy Hinze

Rest in peace old friend. I have lots of great memories of Loris. Always a big smile and a funny story to tell you. What a great obituary it describes him to a t.

Hello everyone, Loris was our brother in law for years and we all loved him. He was a happy man and always smiled while talking with us. Roger and I stopped to see him just a couple of weeks ago and had a wonderful visit with him while he rested . I will never forget the last thing he said to me as Roger and we walked out of his room... ........Love you. I turned and walked away with that memory to live on forever in my heart. We loved you too Loris. Roger and Jane Skatvold