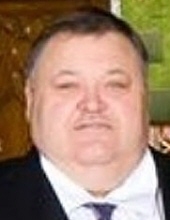 Alan Tvinnereim, 56 of Webster died on Friday, June 12, 2015 at his home near Webster. Funeral services will be at 10:30 A.M. Thursday, June 18, 2015 at Tabor Lutheran Church near Webster, Pastor Michael McCarlson officiating. Burial will be in the church cemetery. Visitation will be at the funeral home on Wednesday 5-7 P.M. ending with a 7 P.M. Prayer Service. Alan Scot Tvinnereim was born on Sunday, December 7, 1958 to Ervin and Una (Holland) Tvinnereim at Peabody Memorial Hospital in Webster. The family lived on a farm northwest of Webster where he grew up. He was baptized and confirmed at Tabor Lutheran Church. He started school at Rariton #255 country school until it closed and then entered Webster Public School and graduated from high school in 1977. During high school he enjoyed wrestling and won 2nd place at the State B wrestling tournament. After high school he farmed with his father for many years. He married Peri Erdman in 1982 and they had one son, Derek. The couple later divorced. Alan was employed at Webster Scale for several years and also drove pilot cars, directing traffic for huge wind towers. He was a member of Tabor Lutheran Church. He enjoyed hunting and spending time with his family and friends. Alan passed away on Friday, June 12, 2015 at his home near Webster at the age of 56 years, 6 months and 5 days. Survivors include one son, Derek (Kristen) Tvinnereim of Webster; his mother, Una Tvinnereim of Webster; three sisters, Diane (Loren) Golden and LeeAnn Tvinnereiem both of Webster, and Shirley Hartman of Aberdeen, SD; two brothers, Paul (Kris) Tvinnereim and Kevin Tvinnereim both of Webster; and two step grandchildren, Kaden and Karter. He was preceded in death by his father, an uncle, Earl Holland, an aunt, Laura (Millard) Stokke, a nephew, Grant Golden, grandparents, Ben & Lena Tvinnereim and Haagen & Glendora Holland, and many other uncles and aunts. He will be greatly missed by all his family, nieces, nephews and cousins.
To send flowers to the family in memory of Alan Tvinnereim, please visit our flower store.