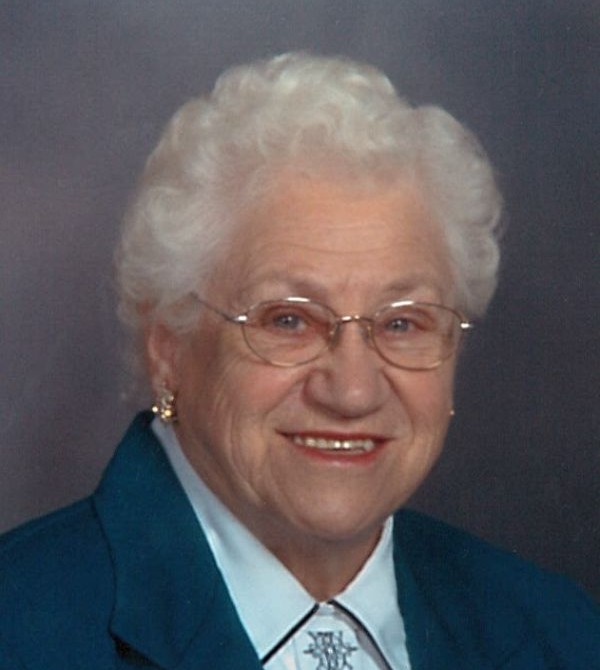 Anna (Michlitsch) Struck, 101, of Webster and formerly of Eden passed away Monday, February 28, 2022 at Bethesda Home in Webster.

Anna Marie Fleischhacker was born on May 17, 1920 to Karl and Verony (Lentsch) Fleischhacker. She was baptized and confirmed into the Catholic faith. She attended country school at Red Iron #2 near their home.

After her education, she remained on the family farm until 1938, when she was united in marriage to Arnold Michlitsch. The couple made their home on a farm near Eden where they farmed and raised four children, Clara, Harry, Calvin, and Del Roy. Arnold passed away in 1971. Anna continued to live at the farm and worked part-time at the poultry plant in Sisseton. In 1974, she moved to Sioux Falls and worked at Sioux Valley Hospital.

In 1976, she married Luverne Struck. The couple made their home in Sioux Falls. Luverne passed away in 2015. Anna then moved to Bethesda Home in Webster to be close to family.

Anna was a member of the VFW and American Legion Auxiliaries, and the Senior Citizen Center. She enjoyed farm life, gardening, canning, crafting, and sewing. She cherished her family and will be missed by many.

To send flowers to the family in memory of Anna Struck, please visit our flower store.
Open