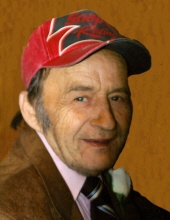 Charles Lone, Sr., 67 of Bristol died on Tuesday, March 21, 2017 at Sanford Hospital in Webster. Memorial services will be at 2:00 P.M. Saturday, March 25, 2017 at Bethesda Lutheran Church in Bristol, Rev. Chris Strohm will officiate. Memorial visitation will be at the funeral home on Friday 5-7 P.M. Charles Edward Lone was born on September 16, 1949 to Arnold and Alice (Clarke) Lone in Minneapolis, Minnesota. He was baptized and confirmed at Emmaus Lutheran Church in Bloomington. He attended Valley View Elementary School, Portland Junior High School, JFK High School and graduated from Lakeville High School in 1968. After graduation he worked at Control Data and a Texaco Service Station in the Lakeville area. He was united in marriage to Susan Tolifson on October 30, 1976. After their marriage the couple moved to Holm City, Minnesota where he worked for D & D Auto. In 1979 they moved to a farm north of Groton, South Dakota where he worked for Pioneer Ford. In 1982 they moved to the Bristol area where he was self-employed, helping his father on the farm, doing mechanic work and also drove truck for several years. In 2007, because of failing health, he was forced into retirement. He loved anything to do with cars, especially Ford vehicles. He enjoyed drag racing, stock car racing and circle eight racing. He was also very artistic and enjoyed drawing. Mostly he enjoyed being with his family, his children and grandchildren. Survivors include his wife, Sue of Bristol; two daughters, Jenny Lone of Bristol, SD and Holly (Lyndon) Dauwen of Tulsa, OK; three sons, Charles Lone, Jr. of Bristol, SD, Corey (Teresa) Lone of Aberdeen, SD and Joshua (Natalie) Lone of Bristol, SD; two sisters, Barbara (Bernard) Hanson of Lakeville, MN and Judy (Barry) Timmer of Farmington, MN; five brothers, Arnold (Tamara) Lone, Jr., Michael (Barbara) Lone and Garry (Merry) Lone all of Bristol, SD, Daniel (Janel) Lone and Thomas (Renae) Lone both of Pierpont, SD; nine grandchildren, one great grandchild and many nieces and nephews. He was preceded in death by his parents.
To send flowers to the family in memory of Charles Lone, Sr., please visit our flower store.