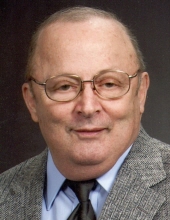 Donald Finch, 68 of Webster died on Sunday, November 30, 2014 at University of Minnesota Hospital in Minneapolis. Family prefers memorials to Wounded Warrior Project: http://tinyurl.com/donfinch Memorial services will be at 2:00 P.M. Saturday, December 6, 2014 at First Baptist Church in Webster, Rev. Steve Hargis officiating. Inurnment will be at a later date at Webster Cemetery Soldiers Circle. Donald Eugene Finch was born on Saturday, June 29, 1946 at Creston, Iowa. As a young child the family moved to Council Bluffs, Iowa where he attended school and graduated from high school. In June 1965 he enlisted in the U.S. Navy. He served in Vietman where he was wounded and received the Purple Heart. After he was honorably discharged in May 1969 he moved to Pipestone, Minnesota where he attended a technical school and learned meat cutting. After graduating the course he was hired as a meat inspector for the U.S.D.A. He married Julie Grohs in 1970. The couple later divorced. He was united in marriage to Darlene Peterson at Watertown, South Dakota. The couple lived in Albert Lea and Cannon Falls, Minnesota, Batesville and Bald Knob, Arkansas where he continued his job as a U.S.D.A. Inspector. He retired in January 2002. In his retirement he worked as a janitor of Central Baptist Church in Bald Knob. In July 2013 the couple moved to Heritage Village in Webster, South Dakota. In Webster he was a member of First Baptist Church. He also belonged to the Disabled American Veterans, V.F.W. and N.A.R.F. He enjoyed photography, reading, Civil War History and visiting Civil War museums and parks. Donald passed away on Sunday, November 30, 2014 at Minneapolis, Minnesota at the age of 68 years, 5 months and 1 day. Survivors include his wife of Webster; four sons, Roger Finch of California, David (Connie) Finch of Florida, Brett Finch of Austin, TX and Tim (Cindy) Finch of Annandale, MN; one brother, Jerry Finch of Cannon Falls, MN; one sister, Susan “Tudy” Finch of Cannon Falls, MN; six grandchildren and one niece. He was preceded in death by his parents and one nephew.
To send flowers to the family in memory of Donald Finch, please visit our flower store.