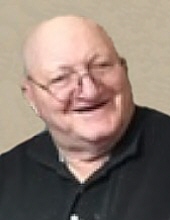 WEBSTER - Eugene Althoff, 82, of Webster, passed away Saturday, November 2, 2019 in Webster, SD. His funeral service will be on Thursday, November 7 at Fron Lutheran Church at 10:30 A.M. Visitation will be at the funeral home in Webster on Wednesday, November 6 from 5-7 P.M. closing with a prayer service at 7 P.M. Eugene Marvin Althoff was born on October 25, 1937 to Simon and Ella (Gramberg) Althoff on the farm northeast of Waubay, South Dakota. He was baptized at Morton Methodist Church and Confirmed at Our Saviors Lutheran Church. Eugene attended a country school near the farm through eighth grade. In 1957 Eugene purchased the Alford Larson farm southwest of Roslyn, South Dakota. Eugene was united in marriage to Oriet (Stadsklev) on October 2, 1961. Oriet is the daughter of Clarence and Eunice (Peterson) Stadskev. To this union four children were born, Myrna, Orrin, Robert, and Carol. The family made their home on the farm southwest of Roslyn until the flooding of 1996 forced them to move off the farm and into Webster. Eugene worked various jobs over the years such as farming, Dacotah Inc., and various janitorial jobs. He retired in 2010. He enjoyed visiting family, working outside, talking politics, and genealogy. Eugene passed away on November 2, 2019 at the age of 82 years and 8 days in Webster, SD. He will be missed by his wife Oriet Althoff of Webster, SD, one son Orrin Althoff of Roslyn, SD, two daughters; Myrna (Ray) Spaar of Webster, SD, and Carol Althoff of Aberdeen, SD, seven grandchildren, and seven great-grandchildren. He is also survived by one brother, Earl Althoff of Waubay, SD, three sisters; Dorothy (Lloyd) Pies of Sisseton, SD, Verna Knapp of Sisseton, and Marie (David Barstad) Leppin-Graves of Salem, OR; two sisters-in-law; Gaila Althoff of Waubay, SD and Bobbi Althoff of Ortley, SD, as well as many nieces and nephews. He is preceded in death by his parents, son Robert, four brothers; Virgil, Clarence, Duane, and Harold Althoff, three sisters; Myrtle Burkhart, Irene Pies, and Evelyn Pies, one grandson Michael, and one great-granddaughter, Ally.
To send flowers to the family in memory of Eugene "Gene" Althoff, please visit our flower store.

closing with a 7pm prayer service