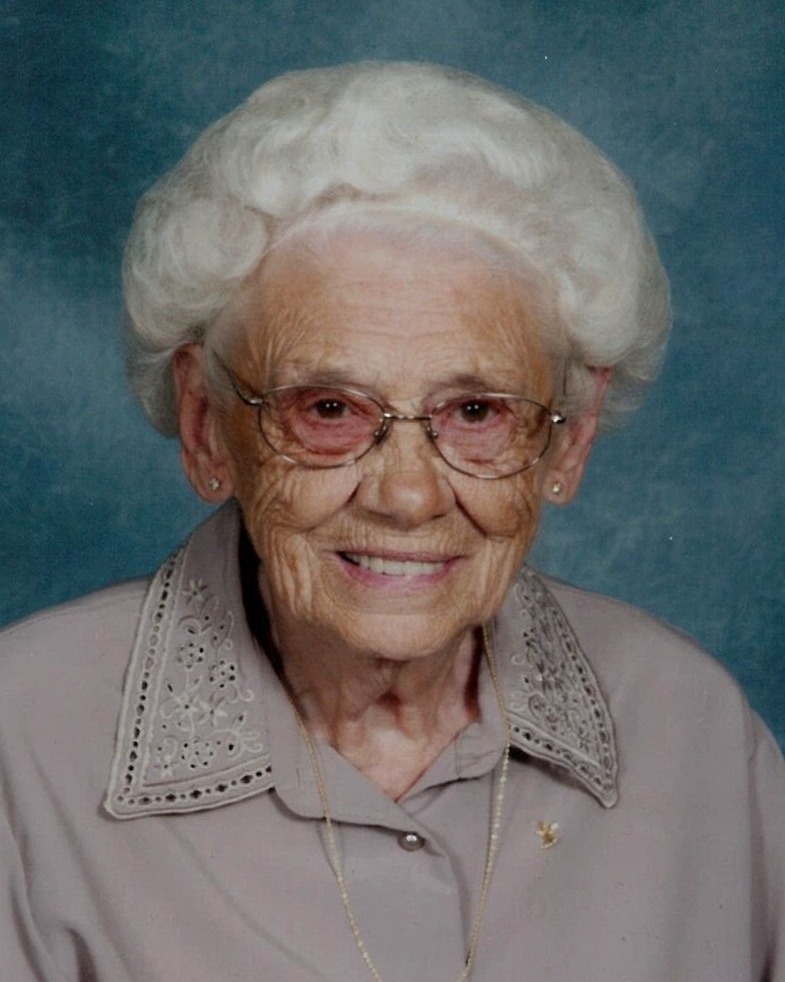 Francis Wohlleber, 99, of Summit, SD, passed away surrounded by her family in Summit, SD.

Francis LaVerna (Habeck) Wohlleber was born in Twin Brooks, SD on March 13, 1923, to Henry and Gretchen (Schneck) Habeck. She lived in the Twin Brooks area growing up and completed school through the eighth grade.

She moved to Milbank at the age of 16 and began her working career at St. Hubert’s Hotel. On March 13, 1946, she married John Wohlleber. To this union two children were born: James and Johnnylee. The family moved to the family farm in 1951 where she still resided today. In 1952, she contracted polio and suffered medical issues the rest of her life.

Francis was a very hard worker and worked at Dakota Poultry for 34 years – never missing a day even during bad weather. She was an integral part of starting the family farming operation. She continued to cook meals and bake goodies up until one week before her death. She enjoyed being outside and taking care of her flowers. She loved her family and was very involved in the lives of her children, grandchildren, great-grandchildren, and great-great-grandchildren.

She is preceded in death by her husband John, son James, parents, sister Arlene Rude, and two infant grandsons, Matthew and Justin.

To send flowers to the family in memory of Francis "Frannie" Wohlleber, please visit our flower store.