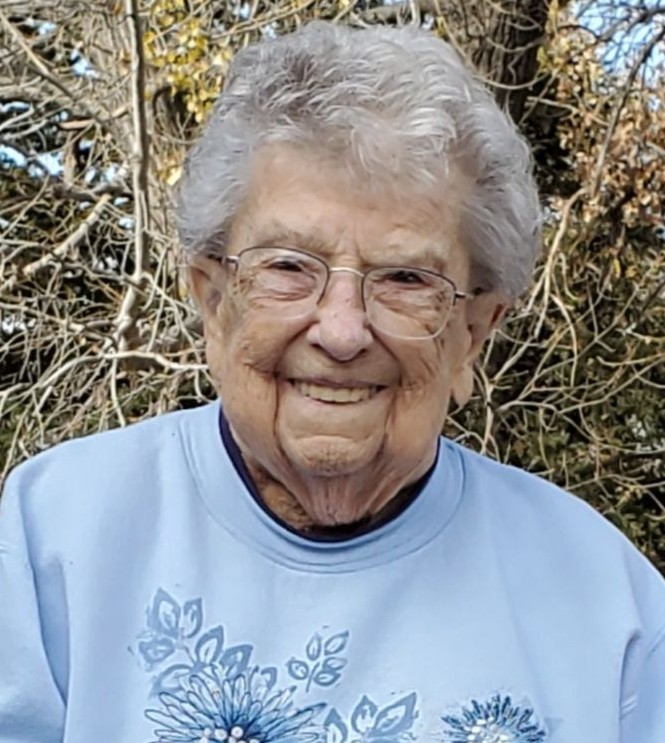 Funeral services will be 11:00 A.M. Friday January 28, 2022 at Our Savior's Lutheran Church in Waubay and will be livestreamed on our Facebook page. Burial will immediately follow at Egeland Lutheran Cemetery, rural Waubay.

Visitation will be 4-6 P.M. Thursday closing with a 6 P.M. prayer service at Fiksdal Funeral Service.

Genevieve Dauwen was born the oldest of 11 children, on May 11, 1936, to Joseph and Edith (Jensen) Dauwen at Andover South Dakota. She was baptized and confirmed into the Catholic Church. She attended school in Andover. On June 29, 1957, she was united in marriage to Harlan Bisgard at Waubay, South Dakota. To this union two daughters were born, Brenda and Patty. The family made their home south of Waubay where they were engaged in dairy and grain farming.

The couple farmed until 1992, when Harlan’s failing health forced him into an early retirement at which time, they sold the farm and moved into Waubay. Harlan passed away in November 1994. Jenny continued to live in Waubay. She worked at Area 4 Nutrition for more than 40 years, retiring at the age of 85 years.

Jenny was a member early on at Egeland Lutheran Church where she was active in ladies aid and later a member at Our Savior’s Lutheran Church. She was also a member of the Waubay American Legion Auxiliary, Lakeside Learners, and Waubay Senior Citizens. She enjoyed playing cards, gardening, cake decorating, crafting, needle point, collecting angels, embroidering dish towels, and above all else she cherished time with her grandchildren and great-grandchildren. She was known to many in the community as “Grandma Jenny”, and she loved it!

To send flowers to the family in memory of Genevieve "Jenny" Bisgard, please visit our flower store.