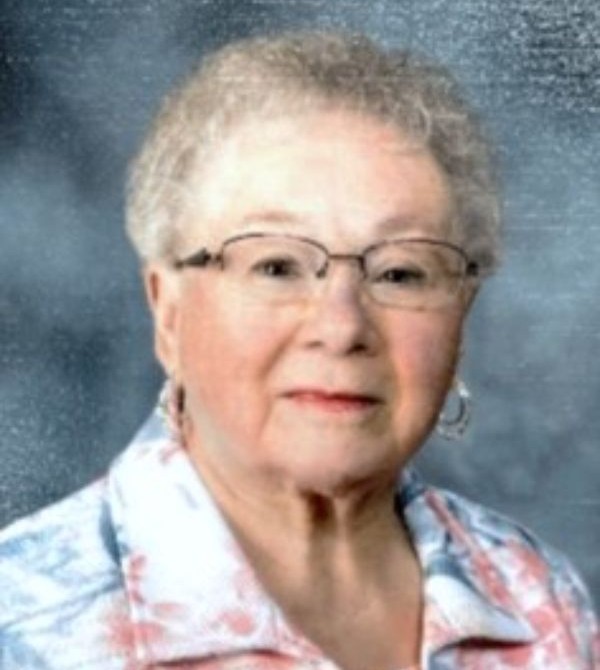 Visitation will be 5-7 P.M. on Thursday, September 8, 2022, at First Lutheran Church in Britton and will close with a Prayer Service at 7 P.M.

Geraldine Fern “Geri” Bremmon was born May 20, 1932 to Eva (Severson) and Henry Weifenbach in Columbia, South Dakota.  She was one of 14 children in a loving family.  She graduated from Columbia High School in 1950. Geri moved to Britton, South Dakota at the age of 18 to begin her new job as a waitress at the local cafe.  She later worked at the Britton Journal as a clerk.

It was at this time that Geri met Orland Bremmon.  They were married at the English Lutheran parsonage in Britton in 1952.  The young couple moved to the Bremmon family farm near Hillhead, South Dakota to start their new life together.  This union produced a family of eight children.  They eventually purchased the farm years later.

After being a farm wife for twenty-four years, Geri and Orland moved to Britton, South Dakota.  In 1976, Geri started a twenty-year career at Horton Industries as a shipping clerk.  She finished raising the last of her children in 1987.  Geri retired in 1996 two years after the passing of her beloved husband.  She remained an active community member while living in her Britton home before moving to Webster in 2020.

With Orland, Geri participated in competition square dancing. Geri was a very avid bowler for many years.  She had a passion for fishing that she passed on to all of her children.  Geri was a valued and active member of First Lutheran Church in Britton.  She enjoyed crocheting, gardening, drawing, crossword puzzles, golfing, and playing cards and games with family and friends.  Geri loved to watch the Minnesota Twins and followed their season and statistics very closely.  Above all, Geri enjoyed and cherished the time she spent with her loving family.

Geri passed away on Sunday, September 4th, 2022 in Webster, South Dakota surrounded by her loving family at the age of 90.

Geri was preceded in death by her beloved husband Orland; sons David and Bryan Bremmon; parents Eva and Henry Weifenbach; and four sisters and six brothers.

To send flowers to the family in memory of Geraldine "Geri" Bremmon, please visit our flower store.