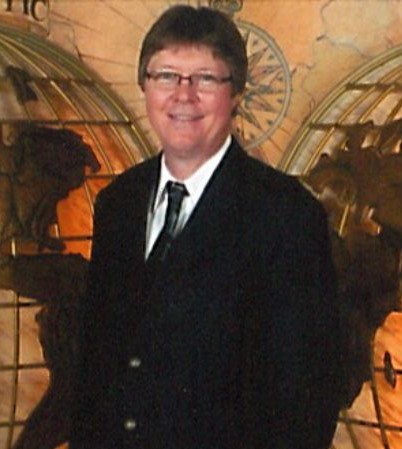 *****Due to inclement weather, the memorial service for Greg Kurkowski has been postponed to 11am Saturday, February 26, 2022 at Fiksdal Funeral Service. Memorial visitation will be one hour prior to the service.

Memorial Services will be at 2:00 P.M. on Monday, February 21, 2022, at Fiksdal Funeral Service in Webster, SD. The service will be livestreamed on Fiksdal Funeral Service Facebook page. Following the service, a luncheon will be served at Fiksdal's. A Memorial Visitation will be 1 hour prior to the Memorial Service. Inurnment will be at St. Joseph’s Catholic Cemetery in the Spring of 2022.

Gregory Allen Kurkowski was born on September 23, 1956, to Philip and Veronica (Kwasniewski) Kurkowski at Webster, South Dakota. Greg was the oldest of four brothers, Steve, Randy, and Patrick. Greg was baptized and confirmed at St. Joseph's Catholic Church in Grenville, SD. Greg and his brothers grew up on a dairy farm near Pickerel Lake. He had always said he had the best childhood when he grew up, hunting, fishing, boating and milking cows. He attended school at Grenville and graduated from Roslyn High School in 1974. Greg furthered his education at LATI in Watertown and graduated in 1975.

Greg was known as the “Pumpkin Guy”, and in 2021 grew a state record breaking pumpkin which weighed 1,823 pounds. He was hoping to grow a 2,000-pound pumpkin in 2022. Greg owned Greg Auto Sales in Watertown for almost 42 years. He had his retirement date set for April 2030 when he had reached 50 years of selling cars. When asked what he was going to do after his retirement he would respond with “take the afternoon off and then get back to selling cars the next day”. Greg also loved to travel, he took many cruises over the years and was always planning his next adventure. Greg always had a good story to share after a cruise trip. One of the best is when he would show a picture of the “Red Button” in an elevator on a ship when asked about the button he would reply "that's the great evicted off the ship button" because if you pushed it to stop the elevator and it wasn’t an emergency you were asked to leave the ship at the next stop. He said he never did it but some of this cruising buddies did, and they were gone at the next stop.

Greg passed away on February 11, 2022, at Sanford USD Medical Center in Sioux Falls, SD at the age of 65 years, 4 months, and 19 days after the mitral heart valve  (which he had replaced in 2001) was no longer working properly and cause heart failure. Greg’s final act of kindness was to give the gift of life through organ and tissue donation. Greg is now in the Great Pumpkin Patch also known as Heaven.

Greg is survived by his three brothers, Steve (Rita); Randy (Claudette), and Patrick (Charlene); four nieces, Vanessa, Destiny, Hope, and Faith; and his favorite (and only) nephew, Grant. He is preceded in death by his parents.

In lieu of flowers and in memory of Greg, the family requests that you make a memorial of choice or donate to the American Heart Association