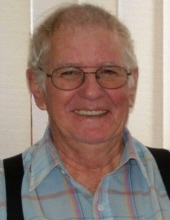 GRENVILLE – Jacob “Jack” Gronke Jr. 71 of rural Grenville passed away with his family at his side, Saturday June 3, 2017 at his home. Mass of Christian burial will be at 2:00 P.M. on Friday, June 9, 2017 at St. Joseph’s Catholic Church in Grenville. Burial with military rites will be at the church cemetery. Visitation will be one hour prior to services at the church on Friday.. Jacob “Jack” Gronke Jr. was born on February 1, 1946 to Jacob and Leocadia (Dargatz) Gronke Sr. at Webster, South Dakota. He was one of twelve children. He was baptized and confirmed at St. Joseph’s Catholic Church in Grenville, South Dakota. He attended country school near the Gronke family farm, where Jack made his home all of his life. After his education, Jack was drafted into the United States Army during the Vietnam War. He was stationed in Germany. After time served in Germany, he returned to the family farm in 1969 and remained in the Army Reserves until his honorable discharge in 1973. On May 20, 1972, he was united in marriage to Patricia Voorhees at St. Joseph’s Catholic Church. The couple made their home on Jack’s family farmstead and together raised four children, Raquel, Amy, Nick, and Wendy. The family operated their own dairy operation until 2001, at which time they sold the dairy cattle and began raising beef cattle. Jack’s passion was farming, but above all else, he loved his family dearly. His four grandchildren were his pride and joy! He always looked forward to time spent with his children and grandchildren. Jack passed away peacefully, Saturday June 3, 2017 at his home at the age of 71 years, 4 months and 2 days. He will be greatly missed by his wife Patricia “Pat” Gronke of Grenville, SD, one son, Nick Gronke of Grenville, SD, three daughters, Raquel (Doug) Braun of Rockford, MN, Amy (Eric) Wald of Fairbanks, AK, and Wendy (Mark) Finnegan of Rocksprings, WY. Grandpa Jack will also be forever remembered by his four grandchildren, Caden, Colton, Canon, and Alyska. He also leaves behind four brothers, Ernest (Delores) Gronke Sr. of Waubay, SD, Richard Gronke of Missoula, MT, Danny Gronke of DE, Barry (Val) Gronke of Watertown, SD, seven sisters, Gladys (Clayton) Brown of Butte, MT, Laura Olson of Aberdeen, SD, Alice Waligowski of Waseca, MN, Diane Trego of Sheridan, WY, Katie (Len) Mack of Watertown, SD, Linda Gronke of Webster, SD, and Susie (Doug) Christensen of Ashton, SD, as well as many nieces and nephews. He was preceded in death by his parents.
To send flowers to the family in memory of Jacob "Jack" Gronke Jr., please visit our flower store.