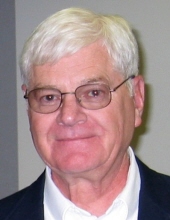 James Harber 78, of Aberdeen and formerly of Webster died Friday June 21, 2013 at VCU Medical Center in Richmond, VA while visiting his son. Memorial services will be at 10:30 A.M. Tuesday, July 2, 2013 at Fiksdal Funeral Chapel in Webster, Rev. William Olsen officiating. Military rites will be conducted by Herbert McKennett Post 40 American Legion of Webster. There will be no visitation. James Paul Herbert Harber was born in Harleton, Texas on November 16, 1934, the son of Garland and Alice (Hart) Harber. He graduated from Marshall High School in 1953 and later earned a Bachelor’s Degree from the University of Nebraska at Omaha. Jim served for twenty-two years in the United States Army in both the enlisted and officer ranks; he retired at the rank of Major in 1975. Following his military retirement, he served as the Business Manager for the Webster School District for twenty years. The U.S. Army sent Jim all over the world during his career, but he found a true home in Webster. He enjoyed golfing, being active in the Kiwanis Club and at St. John’s church, and visiting with friends. His greatest joy was spending time with family and friends at Blue Dog Lake where he regaled many-a-visitor with exceptional tales, taught numerous children how to ski, and paused just long enough each night to watch the sun set. Jim was truly one of a kind. He was extremely generous, always willing to help others (whether they wanted his assistance or not), a lover of animals, and unable to resist bouncing a child in his lap. Jim was a teacher, a preacher, and an enthusiast of a spirited political discussion. He didn’t hesitate to encourage everyone he met to always be a little kinder than necessary and, above all, to love thy neighbor. He is survived by his wife, Mary Kay of Kansas City, MO; four children: Mitzi Brandon of Nacogdoches, TX; Dennis (Laura) Harber of Chesterfield, VA; Daniel Harber of Aberdeen, SD; and Emily (Craig) Moody of Omaha, NE; and three grandchildren: Maggie (Max) Reynolds of Lufkin, TX; Mason Brandon of Nacogdoches, TX; and Lydia Lou Moody of Omaha, NE; Survivors also include Jim’s siblings, G.L. Harber, Jr., Margaret Booth, Johnnie Faye Baker, and many nieces, nephews and cousins. Jim was preceded in death by his wife, Shirley, four brothers, three sisters, and his best dog, Sadie. Jim cared deeply about education and had great respect for veterans and their families. In this spirit, his family requests that memorials be directed to the Webster Centennial Fund, P.O. Box 99, Webster, SD 57274 for a scholarship to be awarded in Jim’s name, or the Fisher House Foundation, Inc.,111 Rockville Pike, Suite 420, Rockville, MD 20850-5168 (or donate on line at fisherhouse.com) which enables military families to be close to a loved one during hospitalization for a combat injury, illness, or disease.
To send flowers to the family in memory of James Harber, please visit our flower store.