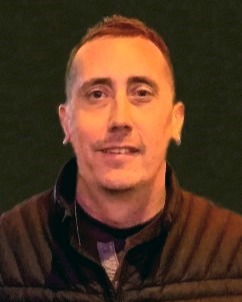 Following a courageous battle with Melanoma, Jami Erickson of Webster and formerly of Grand Forks, passed away, peacefully, with his brother by his side, on Saturday, January 14, 2023 at Sanford Hospital in Webster at the age of 45 years, 10 months, and 12 days.

Private family services will be held.

Jami Richard Erickson was born on March 2, 1977, to Eugene and Liann (Herr) Erickson at Sisseton, SD. He was baptized and confirmed at Christ the King Catholic Church in Webster. Jami attended elementary and high school in Webster, graduating from Webster High School in 1995. After high school, he furthered his education at Southeast Technical Institute in Sioux Falls where he obtained a degree in Echocardiography, graduating in May of 1999. Following his graduation from Southeast Tech, Jami moved to Grand Forks, ND. and began his career at the Heart Institute of North Dakota. He was very passionate about his job, and he took great pride in his work for 22 years. Jami was blessed with his son, Gavyn, in September of 2001. He raised his son as a single parent, through all the ups and downs of single parenthood, but Gavyn always came first in his life. His proudest moments were when Gavyn graduated from high school, when he entered the United States Army, and attending Gavyn’s graduation from Boot Camp/AIT at Ft. Benning, GA.. In November 2021, Jami moved back to Webster and made the commute to Grand Forks for his work, until his health declined. Jami enjoyed hunting, fishing, riding motorcycle and playing his guitar. Jami also enjoyed bonfires and spending time with friends at the lake. Above all else, he cherished the title of Dad and Grandpa. Spending time with his son Gavyn and his wife, Kaylynn, and grandchildren, was also very important to him. Jami’s legacy will live on through them and all that loved him. He will be forever loved and greatly missed by his son, Gavyn (Kaylynn) Erickson of Schofield Barracks, HI.; two grandchildren: Rylan and Laitynn Erickson, Schofield Barracks, HI.; his mother, Liann Erickson of Webster; one brother, Randi Erickson of Aberdeen; his paternal grandmother, Lorraine Erickson of Webster; as well as many aunts, an uncle, cousins, friends, and companion dog , Bear. He was preceded in death by his father, Eugene Erickson; maternal grandparents: Jerry and Cleo Herr; paternal grandfather, Kenneth Erickson; four uncles: Larry Erickson, Rick Erickson, Larry Herr and Cy Lentz; and cousins: Jason Nolte and Brad Herr.

To send flowers to the family in memory of Jami Erickson, please visit our flower store.