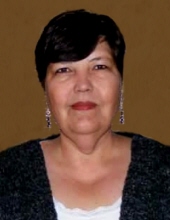 WATERTOWN – Janet Welch, 58, of Watertown and formerly of Waubay passed away Tuesday May 29, 2018 at Avera Heart Hospital in Sioux Falls. Funeral services will be 2:00 P.M. Friday June 1, 2018 at The Enemy Swim Cultural Center. Burial will be at Lakewood Cemetery near Waubay. Visitation will be 5 – 7 P.M. on Thursday at Fiksdal Funeral Service in Webster. Fiksdalfuneral.com Janet Leigh Welch was born on March 23, 1960 to Wallace and Gloria (Barse) Welch at Sisseton, South Dakota. She was baptized and confirmed at St. James Episcopal Church at Enemy Swim.. She attended school in Waubay and graduated in 1978. Janet continued her education at Sisseton Wahpeton Community College receiving an accounting degree as well as Mount Marty in Watertown, where she obtained a degree in respiratory therapy. She worked at Lake Area Hospital in Webster until 1986 when she took a position at Dakota Sioux Casino as payroll manager. In 1998, when she moved to Mille Lacs, Minnesota where she was the accounts manager at the Grand Casino. Janet returned to Watertown in 2000 and worked various jobs in the area until she returned to Dakota Sioux Casino where she was currently employed as senior accountant. Janet was a member of the Waubay American Legion Auxiliary. She had a great love for life and knew how to have fun! She enjoyed playing bingo, crocheting, cross stitch, rummage sales, diamond painting, babysitting, and spending time with her children and grandchildren. Janet passed away Tuesday May 29, 2018 at Sioux Falls, South Dakota at the age of 58 years, 2 months, and 6 days. She will be forever loved and greatly missed by her children: Jennifer (Jeramie) McBrien, Jerrin (Kayela) Stulken both of Elkton, SD, Jeremy (Sally) Stulken of Brookings, SD, and Randy “RJ” (Adam) Welch of Rutland, SD, grandchildren: Harley, Austin, Mason, Jae-Lynn, Zane, Maddyx, RaeLee, and Izabel. She is also survived by six brothers: Loris (Catrisha) Welch of Waubay, SD, Loren (Delores) Welch of Shakapee, MN, James (Lisa) Welch, Jon (Tina) Welch both of Sioux Falls, SD, Daryl Lufkins, and Jason Lufkins both of Watertown, SD, two sisters: Alexis Douville of Sioux Falls, SD, and Joy (Harvey) Renville of Agency Village, SD, grandmother Gerri Welch of Liberty, MO, and step-father Marv Allison of Waubay, SD. She also leaves behind many nieces and nephews. She was preceded in death by her parents. Visitation will be 5 – 7 P.M. on Thursday at the funeral home.
To send flowers to the family in memory of Janet Leigh Welch, please visit our flower store.