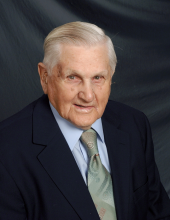 BRISTOL – John Bury, 103 of Bristol passed away Friday December 22, 2017 at Sun Dial Manor in Bristol. His funeral will be 2:00 P.M. Saturday December 30, 2017 at United Methodist Church in Bristol. Burial will be in the Bristol Cemetery. Visitation will be Friday 5-7 at the funeral home and prior to services at the church on Saturday. in Lieu of flowers he family prefers memorials directed to Sun Dial Manor, P.O. Box 337, Bristol, SD 57219. John was born June 27, 1914 at the Bury home east of Bristol, South Dakota. He attended country school for his elementary years in Kidder Township at the Gustafson School and graduated from Bristol High School in 1934. He married Thera Atkinson in September of 1940. They lived in the house he had built for them on land his dad had given him. The first year of their married life, they farmed with horses and had chickens, sheep, hogs, and milk cows. John’s first tractor, a John Deere, was purchased in 1941 when the horses met their demise by a passing train. John farmed with his father until 1952 when he purchased the farm. He retired from farming in 1980 when his son, Paul, bought the farm. After retirement, John and Thera enjoyed traveling in their 5th wheel and pickup. In later years they traveled to distant places by bus and had the opportunity to go to England for an overseas adventure. John and Thera moved to their daughter (Lorna’s) home near Willmar, Minnesota in 2003. He was thankful to have shared 64 years of marriage with Thera who passed away in November 2004. While in Minnesota he enjoyed gardening, working in his woodshop, and watching TV. He moved to Sun Dial Manor in Bristol in December 2016. John enjoyed farming, was involved in the Bristol community and served on the school board, church and township boards. He took special pride that he was on the original Sun Dial Manor board on which he served for the first 10 years. Even after John moved to Minnesota, he did his best to attend Sun Dial’s annual meetings. He loved visiting, calling friends and relatives, and writing letters. Church was an important part of John’s life. As a boy he attended the German Methodist Church south of his home, the Holiness Methodist Church in Bristol for 50 years, and the United Methodist Church in Bristol. While in Minnesota, he attended both the Kerkhoven Evangelical Free Church and Living Hope in Willmar. John leaves behind four sons and two daughters; Robert and Jan Bury of Bismarck, ND, Steve and Fay Bury of Boyce, LA, Richard and Jeannette Bury of Aurora, CO, Paul and Kathryn Bury of Bristol, SD, Merry and Wayne Shervey of Canby, OR and Lorna and Dan Cook of Pennock, MN. His other living relatives include 25 grandchildren/step-grandchildren, 33 great grandchildren/step-grandchildren, 4 great-great grandchildren, extended family Redetta Jensen and Patsy Cox, and many nieces and nephews. He was preceded in death by his parents, wife, six sisters, one brother, a grandson and a step-grandson.
To send flowers to the family in memory of John Bury, please visit our flower store.