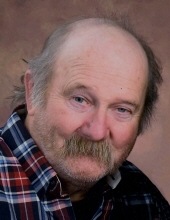 WEBSTER – John Gaikowski Jr. 68 of Webster passed away Wednesday January 24, 2018 at his home in Webster. Memorial services will be held 2:00 P.M. Tuesday January 30, 2018 at United Methodist Church in Webster, Rev. Ken Ballard will officiate. The family has requested casual dress for the funeral, as that is what John would have wanted! John William Gaikowski Jr. was born on April 21, 1949 to John and Marie (Block) Gaikowski in Webster, South Dakota. The family lived on a farm near Grenville, South Dakota. When John was school age, the family moved to Minneapolis, Minnesota. He attended school there and graduated from Cooper High School in 1967. After graduation, John enlisted in the United States Navy. He was stationed at the Twin Cities Naval Base and spent TDY’s in Spain, the Azores Islands in the Caribbean, Greenland, and Las Vegas, Nevada all during the Vietnam War era. He was honorably discharged in 1973. On May 26, 1973, he was joined in marriage to Ila Knapp at the United Methodist Church in Webster. The couple made their home in Webster, where they raised their children. John drove long haul semi, transporting freight, all over the country, traveling to 47 of the lower 48 states. He earned an award for trucking one million miles - accident free! John also helped his son Josh with his cattle feedlot. He enjoyed fishing, hunting, gardening, coffee at Cenex, lunch at The Diner, and, above all else, he cherished time spent with his children and grandchildren. He will be forever loved and greatly missed by his father John W. Gaikowski Sr. of Watertown, SD, wife of 44 years Ila, and his four children: John W. III (Kristi Rydberg) of North Pole, AK; Josh (Becca Guthmiller) of Webster, SD; Andrea (Jim) Gonser of Webster, SD; and Ashley (James B. IV) McKane of Andover, SD. He is also survived by siblings: Gene (Nancy Hormann) of Webster, SD; Sophie (Norman) Winter of Loretto, MN; and Sherry (Jeff) Jorgenson of Watertown, SD, as well as his son-in-law Shane Mau of Honolulu, HI. He will live forever through his 14 grandchildren and 2 great-grandsons. He was preceded in death by his mother, one son Jesse, and daughter-in-law Stacey (Knebel) Gaikowski.
To send flowers to the family in memory of John Gaikowski Jr., please visit our flower store.