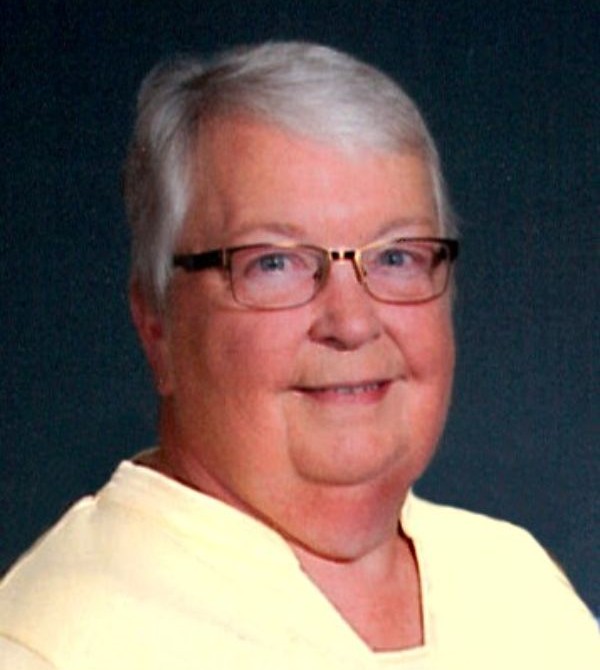 Funeral Services will be 10:30 A.M. Monday September 12, 2022 at St. John's Lutheran Church in Webster, a luncheon and time of fellowship will immediatley follow the service in the church's lower level. Interment will be at 3:30 P.M. at G.A.R Miller Cemetery near Miller, SD.

Visitation will be Sunday 5-7 P.M. at the funeral home.

Kathleen Ann Curtis was born March 22, 1947, to Floyd and Irene (Davis) Curtis in Huron, SD.  She was baptized in the Presbyterian Church, Wessington, SD.  Kathy grew up on a farm north of Wessington until the age of 7 when the family moved to Huron, SD.  At the age of 11, the family moved to Miller, SD where she graduated from Miller High School in 1965.  She married Harlan Lagge on July 11, 1965, and to this union brought two children, Douglas, and Paula.  They established a home in Miller until 1977 when Harlan’s National Guard transfer moved them to Webster, SD.  In Webster, Kathy started her 30-year career in banking with Dacotah Bank.  After her first cancer diagnosis, she retired in 2007.  In August 2009 she began working for Pleasant View Apartments in Webster until her second cancer diagnosis in June 2021.  In Kathy’s spare time she enjoyed crocheting, reading, gardening, and canning.  Most of all, she enjoyed spending time with her family.

To send flowers to the family in memory of Kathleen "Kathy" Lagge, please visit our flower store.