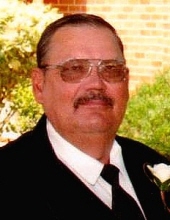 WAUBAY- Kim Bartelt, 58 of Waubay died on Thursday, May 7, 2015 at his home in Waubay. Funeral services will be at 2:00 P.M. Wednesday, May 13, 2015 at Fiksdal Funeral Chapel in Webster, Rev. Janet Miller officiating. Burial will be at Lakewood Cemetery, Waubay. Visitation will be at Fiksdal Funeral Service in Webster on Tuesday 5-7 P.M. and continuing on Wednesday one hour prior to services. Fiksdalfuneral.com. In lieu of flowers, the family prefers all memorials be given to a charity of the sender’s choice in memory of Kim. Kim Bartelt was born on April 15, 1957 in Webster, South Dakota to Howard and Lorraine (Mikkelson) Bartelt. He was baptized and confirmed at Our Saviors Lutheran Church in Waubay. During his high school years, Kim began farming with his grandparents, Alvin and Irma Bartelt and great uncle and aunt, William and Ella Bartelt. After graduating from Waubay High School in 1975, Kim began his career in Ag Sales while also continuing to farm near Waubay. In 1980, he married Cindy Kulesa and the couple had two children, Chris and Kristen. In 1988, the family moved to Watertown where Kim continued his career in Ag Sales. He worked for a number of years as Store Manager for Sioux Nation Ag Center and later purchased the business which is now Midwest Ag Supply. Kim was an avid outdoorsman and loved hunting and fishing. He spent winters and summers on area lakes and enjoyed trips to Lake of the Woods and the Missouri River. He also traveled to the Rocky Mountains to hunt for Elk and Bear. Kim loved cooking, baking, and grilling and competed in the Kampeska Day’s Wing Fling, the Chili Cook-off at the Bramble Park Zoo, and the Ice Cream Contest at the Watertown Winter Farm Show. After semi-retiring, he enjoyed spending time with family, friends, and his beloved Newfoundland dogs. Kim is preceded in death by his mother Lorraine, Grandparents Alvin and Irma Bartelt and Melvin and Anna Mikkelson. He is survived by his father Howard Bartelt of Waubay, sister Candace (Lyle) Zirbel of Ortley, former wife Cindy Burrell of Aberdeen, son Chris (Cathy) Bartelt of Watertown, daughter Kristen (Brooks) Henderson of Rogers, MN, three grandchildren William and Hannah Bartelt and Elise Henderson, and numerous nieces, nephews, and great nieces and nephews.
To send flowers to the family in memory of Kim Bartelt, please visit our flower store.