Mass of Christian Burial will be at 10:30 A.M. on Saturday, March 26, 2022 at Christ The King Catholic Church in Webster and will be livestreamed on Fiksdal Funeral Service Facebook page. Burial will be at St. Otto’s Catholic Cemetery near Webster. Luncheon will follow at the CTK Parish Center.

Leo Anton Schmit was born on November 14, 1932, in Andover, South Dakota to Anton and Marcella (Meyer) Schmit. He was baptized and confirmed at All Saints Catholic Church in Andover. He attended country school and graduated from Lily High School in 1951. After his education, he farmed before enlisting into the United States Army on January 7, 1954. While serving in the US Army, he worked on heavy machinery and was stationed in Iwo Jima before being honorably discharged on January 6, 1956.

He was united in marriage to Carol Grosek on June 18, 1960, at St. Otto’s Catholic Church in Webster, South Dakota. The family made their home south of Butler where he continued to farm. To this union five children were born: Michael, Patricia, Pamela, Lisa, and Mark. Carol’s nickname for Leo was Schmitty who loved woodworking, fishing, playing card games such as Uno, rummy, whist, and poker. He also liked to play dominos. He loved riding four-wheeler, shopping at Fritz’s Furniture & Antiques in Bristol, and watching old western shows especially Gunsmoke. His favorite treats were Rice Krispies bars, ice cream, and sour cream & raisin pie. Above all these things, he loved spending time with his children, grandchildren, and great-grandchildren.

He is preceded in death by his parents, one grandson Kevin Schmit, and three siblings, Irven Schmit, Lawrence “Larry” Schmit, and Lauretta Schoenbeck.

Memorials will later be gifted to local churches and cemeteries.

To plant memorial trees or send flowers to the family in memory of Leo Schmit, please visit our flower store.

So sorry to hear of the passing of cousin Leo. May he Rest In Peace.

A photo was added for Leo Schmit 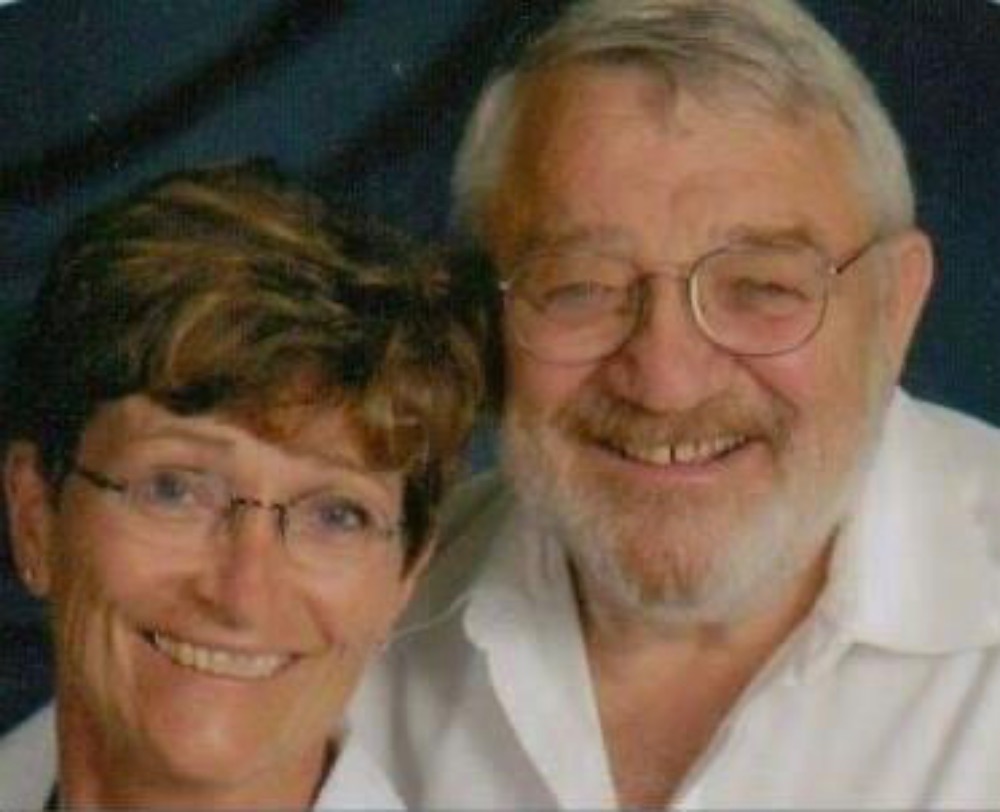 Thoughts and prayers to Carol and the rest of the Schmit family.

I was so sad to hear of Leo's passing. While I moved far away and haven't seen them for years, I have very fond memories of visiting Susan and Mark and spending time with Leo and Carol. It was always a time of fun and tons of laughter!

Our sympathies and prayers for strength and peace, to Carol and family. Leo was a good friend to the Anderson's for many many years. God bless.

A candle was lit in memory of Leo Schmit

Carol & Family,
Our deepest sympathy to you all. Leo was part of our Edward Jones Family for long time and we so enjoyed both of you coming in and listening to your stories.. and Leo's laugh. Carol.. you too !!
May Leo rest in peace and he will be missed.
Take care everyone !!
Merle , Rita & Carmen
Your Edward Jones Family

A candle was lit in memory of Leo Schmit

My sympathy to Carol and family in the loss of cousin Leo. May the angels lead him to paradise.
Theresa (Spielmann) Bunkers

You are all in our prayers. Love, Bill, Lori, and Claudia

Special Instructions: Closing with a Rosary Service at 7 P.M.