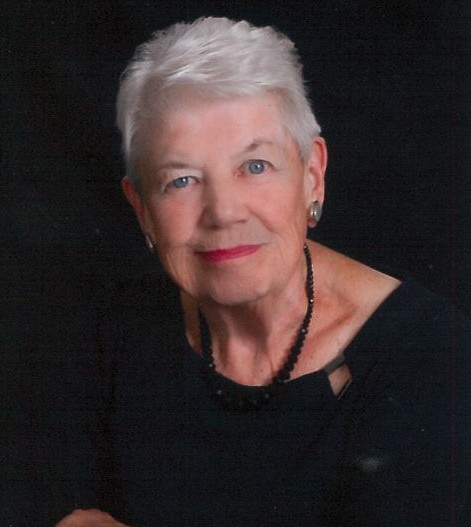 Lois Carlson, 90, of Bristol and formerly of Holmquist and Webster, passed away Monday, June 27, 2022 at Sun Dial Manor in Bristol.

Lois Carlson died peacefully on June 27, 2022. She had recently celebrated her 90th birthday.

She was born to Van and Minnie (Nelson) Morehouse on a farm between Bristol and Andover. She had an older brother, Dale, and a younger sister, Shirley. She started school at age five, attended country school for 8 years, and graduated from Bristol High School in 1949 at the age of 16.

Lois married Jerry Carlson in 1950 at the old Lutheran Church in Bristol as the new church had burned. They lived in Holmquist where Jerry was the assistant manager at the grain elevator and lumber yard. In 1951 they welcomed their daughter Lola. They moved from an old, drafty rental house in Holmquist to their farm close to Highway 12 where they lived over 50 years. They moved to Webster when Highway 12 was widened. Jerry passed away in 2008. Lois eventually moved to Heritage apartments and to Johnson Center and Sun Dial Manor in Bristol.

Lois was a busy farm wife. She took care of the animals, raised a garden, canned the produce, mowed lawn and also did all the indoor work of cooking, cleaning, sewing, washing and ironing, including hanging clothes outside in freezing weather. She was also a church and community leader. She was a planner and organizer who was always on a committee, everything from a church lutefisk supper to decorating a float for a parade.

Lois loved to cook. Even as a teenager she worked for a threshing crew which meant three meals every day. Later on she decorated wedding cakes and managed to deliver many to various church basements without incident. Lois also hunted, fished, bowled, played piano and accordion, golfed and was open to trying new things. She only worked outside the home for about a year following the Day County courthouse fire in 1962. The temporary offices were at the Isaak Walton.

Lois learned to quilt from her mother-in-law, Anna Carlson. It was a hobby that let her creativity come through. She made traditional and modern patterns that were all quilted by hand.

In the 1970s Lois started collecting bells and ended up with nearly 900 of them! Each bell had a story as friends and family brought her one when they travelled near and far. In later years she enjoyed being in bridge groups and parties where ladies used their best china and had fun going to each other’s homes.

Lois led a full and happy life. She was proud to have lived her entire life in Day County. She and Jerry travelled on some wonderful trips including many overseas. However, both were always happy to return home.

To send flowers to the family in memory of Lois Carlson, please visit our flower store.