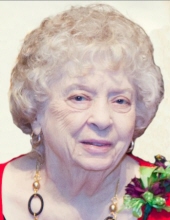 Lorraine Lickness 83 of Waubay died Sunday July 21, 2013 at her home in Waubay. Visitation with family present will be held at the funeral home on Wednesday, July 24, 2013 5-7 P.M. with a 7 P.M. Prayer Service. Memorial services will be held on Friday, August 9, 2013 at Our Savior's Lutheran Church in Waubay, Rev. Janet Miller officiating inurnment will be at a later date at Lakewood Cemetery, Waubay. Lorraine Clarice Anderson was born on Sunday, September 15, 1929 to Phillip and Clara (Aslesen) Anderson at Waubay, South Dakota. She was baptized and confirmed at Our Savior’s Lutheran Church in Waubay. She attended school in Waubay and graduated from Waubay High School in 1948. After high school she attended beauty school in Watertown and then moved to Rapid City where she worked as a hair stylist. On June 4, 1953 she married Dexter Ryan at Our Savior’s Lutheran Church in Waubay. After their marriage the couple lived at Rapid City and, because of his military career the couple lived in several places around the world. Her favorite place was when they resided in Italy. In 1972 she returned to Waubay with her five children where she operated a beauty shop. She was united in marriage to Ken Lickness on February 14, 1984. After their marriage the couple continued to live in Waubay. Ken passed away in 2003. She retired from operating her beauty shop when she was 79 years old and then continued to live in her home in Waubay. She was a member of Our Savior’s Lutheran Church in Waubay. She loved her work and would go the extra step in caring for the ladies she served in her shop. Her family was her life and loved being with her children and grandchildren. Lorraine passed away on Sunday, July 21, 2013 at Waubay, South Dakota at the age of 83 years, 10 months and 6 days. Survivors include two sons, Marvin Ryan and Robert (Lisa) Ryan both of Watertown, SD; three daughters, Lana (Dan) Nash and Pam (Steve) Eidet both of Waubay, SD and Sandy Ryan of Gwinner, ND; three brothers, Orville (Bev) Anderson of Hill City, SD, Phillip A. (Gladys) Anderson of Bradford, TN and Arnold (Bonnie Anderson of Webster, SD; two sisters, Irene Herold of Waubay, SD and Norma Cook of Pahokee, FL; twelve grandchildren and 5 great grandchildren. She was preceded in death by her parents, her husband, Ken and two special friends, Delores Barse and Dorothy Martin.
To send flowers to the family in memory of Lorraine Lickness, please visit our flower store.