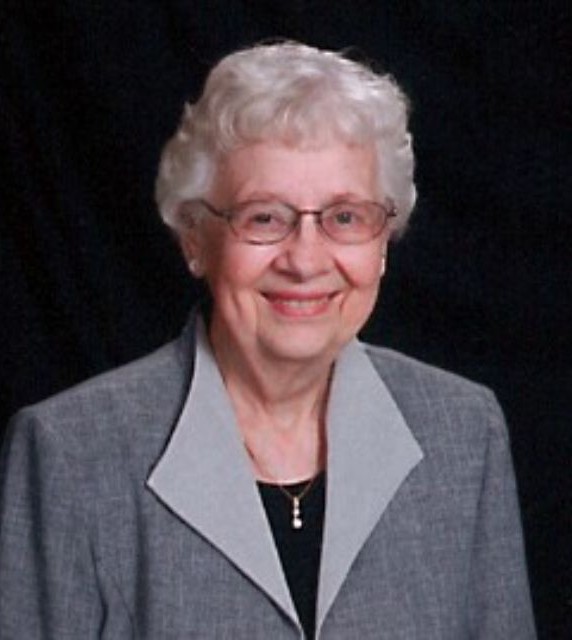 Mass of Christian Burial will be at 10:30 A.M. on Tuesday, October 4, 2022, at Immaculate Conception Catholic Church in Waubay, SD. Burial will be at Lakewood Cemetery. Luncheon will follow at the Waubay Community Center.

Marcella Valeria Rumpza was born on April 4, 1935, on the family farm near Grenville, South Dakota to Jacob and Valeria (Zakrzewski) Rumpza. She was baptized and confirmed at St. Joseph’s Catholic Church in Grenville. She attended St. Joseph’s Parochial School and graduated from there in 1953. After her education she moved to Minneapolis, MN, and worked there for a couple years before moving back to Waubay. She married Orvis “Winky” Jorgenson on April 7, 1956, in Grenville, SD. The couple made their home on a farm South of Waubay, South Dakota. To this union five children were born: Jeff, Laurie, Jody, Amy, and Cory. The couple retired from farming in 1995 and moved into Waubay, where they built their home. Marcy loved caring for her family and would take in many of their nieces and nephews during the summer months.

Marcy was a member of the Immaculate Conception Church where she was a member of the Altar Society, taught CCD classes, and later was a Eucharist Minister. She was also a member of the Literary “Tuesday” Club. Marcy was hardworking and enjoyed taking care of her family. She loved cooking, bowling, reading, and gardening. Above all Marcy loved spending time with her husband, children, and their many grandchildren.

She is preceded in death by her parents, five sisters, six brothers, and one granddaughter Gracie Reynolds.

To send flowers to the family in memory of Marcella "Marcy" Jorgenson, please visit our flower store.

Closing with a Wake Service at 6:30 PM