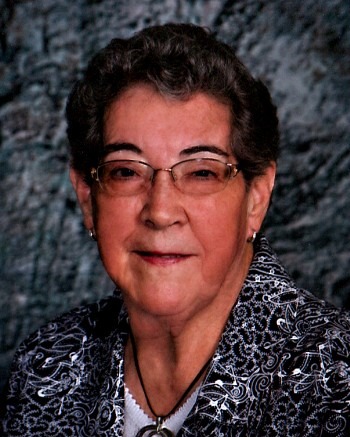 Mary Ann Ewalt, 92, of Roslyn and formerly of Webster, passed away Tuesday, January 3, 2023 at Strand Kjorsvig Living Center in Roslyn.

Mass of Christian Burial will be 10:30 A.M. Saturday January 7, 2023 at St. Joseph's Catholic Church in Grenville. Burial will be in the church cemetery. Mass will be livestreamed on Fiksdal Funeral Service Facebook page.

Mary Ann Weyh was born on January 2, 1931, to Andrew and Florence (Trottman) Weyh in Waubay, South Dakota. She was baptized and confirmed at Immaculate Conception Church in Waubay. She attended country school near the family home, rural Waubay. After her education she worked at the Bakery in Waubay.

Mary Ann was united in marriage to the love of her life, Anton Ewalt on May 29, 1956, at Waubay. Six children were born to this union: MaryJane, JoEllen, Grace, Mark, David, and Michael. The family farmed near Grenville, including dairy, grain, raising chickens, pigs, always having big vegetable, and flower gardens. Mary Ann bailed many miles of hay. She was very active in helping with all aspects of the farming operation. The couple retired in the late 1980s. Anton passed away in 1999. Mary Ann later moved to Webster. She moved to Strand-Kjorsvig Nursing Home in 2018.

Mary Ann was a member of the St. Joseph’s Altar Society, Grenville Legionnaires. She collected salt and pepper shakers and chicken figurines.

She will be missed by her children, MaryJane (George) Goodhart of Corona, SD, JoEllen (Mark) Davidson of Webster, SD, Grace Zubke of South Shore, David (Kari) Ewalt of Webster, South Dakota, and Michael (Mary) Ewalt of Jefferson, IA; 12 grandchildren, and six great-grandchildren, with one on the way. She is preceded in death by her parents, husband, son Mark, son-in-law Jack Zubke, and five brothers.

To send flowers to the family in memory of Mary Ann Ewalt, please visit our flower store.