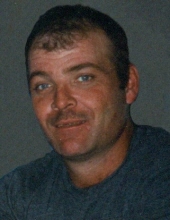 Mike Eisenbraun, 52 of Webster died on Tuesday, May 26, 2015 at Dougherty Hospice House in Sioux Falls. Memorial services will be at 10:30 A.M. Saturday, May 30, 2015 at St. John’s Lutheran Church in Webster, Rev. Justin Iverson and Rev. Daniel Ostercamp will officiate. Military rites will be held at the church following the service. Memorial Visitation will be at the funeral home on Friday 5-7 P.M. with a 7 P.M. Prayer Service. Michael Eric Eisenbraun was born on Sunday, May 12, 1963 to Martin and Helene (Roitsch) Eisenbraun at Rapid City, South Dakota. In 1964 the family moved to the Conde, South Dakota area where he started school. They moved to the Butler area in 1970 and he continued school in Bristol. The family moved to Webster in 1978 and he graduated from Webster High School in 1981. In the fall of 1981 he went into the South Dakota National Guard and he began basic training. He was with the National Guard until 2002 when he retired as a Staff Sergeant. He began working for the City of Webster Street Department in 1984. He was united in marriage to Sandi Deurmier on May 21, 1988 at Mitchell, South Dakota. The couple made their home in Webster where Mike continued to work for the street department until the present time. Mike also owned and operated Mike’s Sweeping Service and did both private parking lots and street cleaning in South and North Dakota and Minnesota. Mike enjoyed the outdoors, hunting, fishing, baling hay. He especially enjoyed having coffee with friends in local cafes. Mike passed away on Tuesday, May 26, 2015 at Sioux Falls, South Dakota at the age of 52 years and 14 days. Survivors include his wife, Sandi of Webster; one son, Brandon of Aberdeen, SD; one daughter, Kristi Eisenbraun of Webster, SD; his mother, Helene Eisenbraun of Webster, SD; one brother, Tim (Shelly) Eisenbraun of Webster, SD; and three sisters, Patty Eisenbraun of Sioux Falls, SD; Vicki Coin and Nancy (Steve) Olson both of Webster, SD. He was preceded in death by his father and one brother, Jeffrey.
To send flowers to the family in memory of Mike Eisenbraun, please visit our flower store.