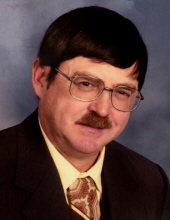 WAUBAY – Randall Schulz 61 of rural Waubay passed away Friday August 10, 2018 near Waubay. Funeral services will be 10:30 A.M. Tuesday August 14, 2018 at New Helgen Lutheran Church near Florence, Pastor Mindy Ehrke will officiate. Burial will be in the Lakewood Cemetery near Waubay. Visitation will be 5-7 P.M. with a 5:30 P.M. prayer service on Monday at the funeral home. Randall “Randy” Kaye Schulz was born to William and Arlyne (Pies) Schulz, Jr. on December 22, 1956 at Peabody Hospital in Webster, South Dakota. He was baptized at Zion Evangelical Lutheran Church and confirmed at Bergen Lutheran Church. The family lived south of Waubay where he grew up. He attended school in Waubay and graduated from Waubay High School in 1975. He then attended Pipestone Vocational School in Pipestone, Minnesota. After he received his education he went with the combining crews for two years and then returned to the family farm where he farmed with his father and brother. After the death of his father he and his brother farmed the family farm. He was a member of New Helgen Lutheran Church where he served on the church council and was an usher for several years. His hobbies included shopping, being outdoors especially combining, taking pictures and peanut M & M’s. Survivors include his loving mother, Arlyne; two brothers, Kenneth Schulz of Waubay, SD and Dan Schulz of Sioux Falls, SD; three uncles, Ruben Schulz, David Schulz and Lloyd Pies of Sisseton, SD; one aunt, Karen Henderson of Milbank, SD; and many special cousins. He was preceded in death by his father, grandparents, William G. Schulz, Sr. and Anna (Eidsness) Schulz and Philip and Leona Pies.
To send flowers to the family in memory of Randall "Randy" Schulz, please visit our flower store.