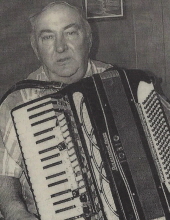 Raydon Lorensberg 82 of Roslyn died Wednesday, October 14, 2015 at Sanford Hospital in Webster. His funeral will be 2:00 Saturday October 17, 2015 at Fron Lutheran Church near Roslyn, Janet Johnson will officiate. Burial will be in the church cemetery. Visitation will be Friday 5-7 P.M. closing with a 7 P.M. prayer service at Fiksdal Funeral Service in Webster. Fiksdalfuneral.com Raydon Eugene Lorensberg was born on Friday, November 4, 1932, to Rudolph and Ellen (Johnson) Lorensberg in Webster, SD. He was baptized and confirmed at Fron Lutheran Church near Roslyn. He attended country school at Independence 202 through the 8th grade. On March 25, 1972, he married Ardys Rossier at Webster, SD. After their marriage, the couple lived in Lake City and Roslyn where he spent many years working for the Roslyn Elevator. The couple later moved to the Lorensberg family farm in Independence Township, Day County, northwest of Roslyn where they farmed until they retired and moved into Roslyn in 1996. Music was a big part of Raydon’s life. He could play the piano, accordion, trumpet, guitar, and various other instruments; playing only by ear. He started playing the accordion at age five and performed at his first wedding dance at age seven. Throughout the years he used his talents to play taps for veterans’ funerals and play the accordion with various orchestras and bands for wedding dances and for many benefits. In 1988 he received a “Distinguished Service Award” from the Tri-City Jaycees in recognition for all his years of service by putting on benefit dances for a need in the community. He always told his children to be kind and good to others and life will be good to you. Along with his love for music, Raydon was an avid hunter. In his younger years, he traveled to Canada every year to hunt moose and to fish. He enjoyed hunting and fishing with his many friends. He always said he was most comfortable in the outdoors. Raydon also loved to make people laugh and tell jokes, to garden, listen to bluegrass music and the Grand Ole Opry and talk politics. He was a member of Fron Lutheran Church. Raydon passed away Wednesday, October 14, 2015, at the age of 82 years, 11 months and 10 days. He will be greatly missed. Grateful for having shared his life are his three children Scott (Marcie) Lorensberg of Aberdeen, Kimberly Lorensberg of Sisseton, and Kent (Sara) Lorensberg of Roslyn; grandchildren, Haley and Jaden Lorensberg of Roslyn and Brandon Wolford of Aberdeen; one brother Arnold (Stella) Lorensberg of Clear Lake; several cousins and many nieces, nephews and great nieces and nephews. He was preceded in death by his wife Ardys, parents, and one sister Lois Mueller.
To send flowers to the family in memory of Raydon Lorensberg, please visit our flower store.