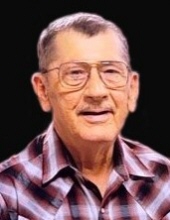 Raymond Parks, 70, of Webster passed away Wednesday, September 22, 2021 at Strand-Kjorsvig Living Center in Roslyn. Funeral Service will be at 10:30 A.M. Monday, September 27, 2021, at Fiksdal Funeral Service in Webster. Pastor Mike McCarlson will officiate. Luncheon will follow his funeral service at Fiksdal Funeral Service. Burial will be at Prairie Mound Cemetery near Butler, SD following the luncheon. Visitation will be Sunday 4-6 P.M. at the funeral home. Raymond LeRoy Parks was born on November 29, 1950, to Vernon and Verna (Herr) Parks in Webster, South Dakota. He attended grade school in Lily, South Dakota and graduated from Webster High School in 1969. After his education Raymond enlisted into the United States Army in 1972. He was stationed in Berlin, Germany for a time where he served in the Signal Corp. After Raymond’s honorable discharge in 1974 he went on to farming near Lily, South Dakota and he continued farming until the present time. Raymond was a very independent man and was an avid hunter and fisherman. He enjoyed woodworking, and precision machine tooling of which he made numerous miniature steam engines. Raymond passed away on Wednesday September 22, 2021, at Strand-Kjorsvig Living Center in Roslyn at the age of 70 years, 9 months, and 24 days. Raymond is survived by his sister, Kathleen Berns of Soldier Grove, WI. He is preceded in death by his parents Vernon & Verna Parks.
To send flowers to the family in memory of Raymond Parks, please visit our flower store.