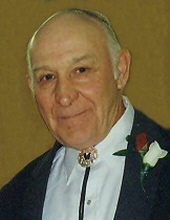 WEBSTER- Robert W. Spiering, 78 of Webster died on Tuesday, September 20, 2016 at Sanford Hospital in Sioux Falls. Mass of Christian Burial will be 10:30 A.M. Friday September 23, 2016 at Christ the King Catholic Church in Webster, Fr. Melvin Kuhn will officiate. Memorial visitation will be at the church, Thursday 6-7 P.M. closing with a prayer service. Robert William Spiering was born on January 5, 1938 to Elvy and Laura (Geis) Spiering on the family farm north of Webster in Raritan Township, Day County, South Dakota. He was baptized and confirmed at St. Otto’s Catholic Church in Webster. He began country school near his home in Raritan Township and finished at St. Otto’s Parochial School in Webster. After he received his education he farmed with his father. In September 1961 he was drafted into the U.S. Army. After basic training he returned home and was united in marriage to Shirley Schmidt on December 11, 1961 at Minneapolis, Minnesota. He was stationed in Germany. After his honorable discharge in September 1963 he returned to the family farm and also worked for Langager Implement in Webster. In the early 1960’s he purchased a farm from his father and was engaged in grain and dairy farming. He also bought land with his brother, Charles and they farmed together for several years. In 1998 he retired and sold his farm to his son, Jaymy and the couple moved to Webster. Robert was an outdoorsman and loved hunting, fishing, snomobiling, gunsmithing and reloading shells. After he moved into Webster he enjoyed yardwork and gardening and in 2012 he was awarded Yard of the Week. He also enjoyed playing cards and bird watching. He loved visits from his children and grandchildren. Robert passed away on Tuesday, September 20, 2016 at Sioux Falls, South Dakota at the age of 78 years, 8 months and 15 days. Left to mourn his passing are his wife, Shirley of Webster; three sons, Timothy (Julie) Spiering of Webster, SD, William (Melissa) Spiering of Watertown, SD and Jaymy (Autumn) Spiering of Webster, SD; one daughter, Laurene (Mike) Clark of Ramona, SD; three brothers, Felix (Janel) Spiering and Charles (LuAnne) Spiering both of Webster, SD and Ray (Bernice) Spiering of Aberdeen, SD; two sisters, Delores Hojnacke of Clark, SD and Carol Robinson of Roslyn, SD; twelve grandchildren and six great grandchildren. He was preceded in death by his parents, a stillborn daughter, Laurie Ann, and two brothers, Loren and Norman.
To send flowers to the family in memory of Robert W. Spiering, please visit our flower store.