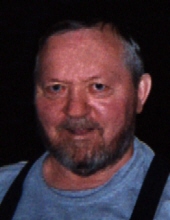 Roger Jeske 77 of Milbank and formerly of Webster passed away Sunday December 29, 2019 at Milbank Care and Rehab Center in Milbank. Graveside services will be 11:00 A.M. Thursday May 28, 2020 at the Webster Cemetery, Rev. Mike DeKraai will officiate. Social distancing guidelines will be followed. fiksdalfuneral.com. Roger Emil Jeske was born on March 10, 1942 at Webster, South Dakota to Emil and Lula (Veritzen) Jeske. He was baptized and confirmed in the Lutheran Faith. He attended country school near the family farm in Morton Township Day County, South Dakota. After his education, he worked on the family dairy farm. He later worked for Frank Bartos and Bob Bartos at The Polka Dot Bar and Bob’s Bar in Webster. Roger also worked for the elevator unloading grain cars as well as unloading freight cars for Harmon Baukol’s Pharmacy and Pete Monzel Distributing Company. Roger has always been willing to help others to make a difference. In 1992, he was awarded The Webster Area Chamber of Commerce Humanitarian Award for his dedicated service of cleaning ditches alongside his dog Shorty. For the last 17 years, Roger has lived at Golden Living Center in Milbank, where he made many friends over the years. Roger was a volunteer for activities and was known to dress up as Santa Clause during the holidays for his fellow residents at the home. Roger was an avid whist player and often was in local tournaments. He also enjoyed fishing with family and friends. Roger passed away December 29, 2019 at Milbank, South Dakota at the age of 77 years, 9 months, and 19 days. He will be missed by his brother Doug (Char) Jeske of Utica, SD as well as many nieces, nephews, cousins, and his many friends and staff at Golden Living Center in Milbank. He was preceded in death by eight sisters: Jean Vannet, Adeline Rhode, Melda Bunn, Marilyn Glazer, Bertha Stottler, Doris Kennedy, Delores Hesla, and in March of this year his sister Betty Helsa passed as well. He was also preceded in death by four nephews and two nieces.
To send flowers to the family in memory of Roger Jeske, please visit our flower store.