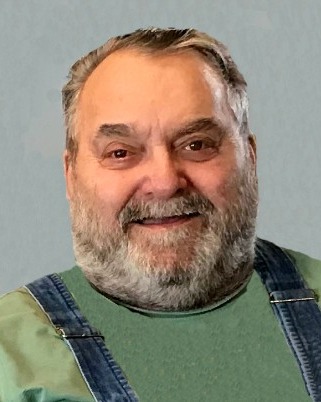 A graveside service will be held at a later date.

Russell E. Dewey was born on March 13, 1941, to Edmond and Frances (Loterbauer) Dewey at Peabody Hospital, Webster, South Dakota. He spent his formative years in many schools as his parents were custom combiners. Russell ran away from home at 15 and enjoyed living with his aunt and uncle Ed and LeEtta Loterbauer, in Day County, who were very good to him. At 17 he joined the army, enjoying the majority of his service in Alaska. Russell was very proud of his service and happy that his daughter, Trudy, and grandson, Tristan, both served their country. After he became disabled, he was grateful for all the help that he received from the VA. After discharge he worked for local farmers in Day County.

In 1965, he married Lyla Zeck and they had two children, Stacy Johnson and Trudy Rucktaeschel. In 1974, Russell and Lyla bought the Ben Bohn farm and spent lots of time working to make it their own. Russell was very creative as evidence of his many inventions around d the farm. In 1969, he started a carpentry business with his uncle Robert Loterbauer. They worked together until his retirement in 2003 and then enjoyed working in his wood shop until he was forced to give it up due to blindness.

To send flowers to the family in memory of Russ Dewey, please visit our flower store.