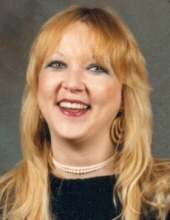 Sharon Brostad, 61 of Aberdeen and formerly of Webster died on Monday, June 15, 2015 at Avera Mother Joseph Manor in Aberdeen. Memorial services will be at 2:00 P.M. Thursday, June 18, 2015 at the United Methodist Church in Webster. Dan McCarlson will officiate. Inurnment will be in the Webster Cemetery. Sharon Jane Brostad was born to Jean “Beans” and Clarice (Nelson) Brostad on Monday, December 14, 1953 at Peabody Memorial Hospital in Webster, South Dakota during a snow storm. She attended school in Webster and graduated from Webster High School in 1972. After graduation she moved to Denver, Colorado where she worked and then she moved to North Dakota and attended North Dakota State School of Science at Wahpeton. She then moved to Tulsa, Oklahoma where she met and married John Michael Mitchell Griffin. To this union one son, John was born. The couple later moved to Minneapolis, Minnesota. In 1983 she and her son, John moved to Webster and lived with her parents, Jean and Clarice. She worked at Pizza Hut and Mike’s Jack and Jill. In 2009 she moved to Aberdeen to be closer to her son, John and in late 2014 entered Avera Mother Joseph Manor where she has lived since. Sharon passed away on Monday, June 15, 2015 at Aberdeen, South Dakota at the age of 61 years, 6 months and 1 day. Survivors include her son, John Griffin of Aberdeen, SD; her mother, Clarice Brostad of Webster, SD; one sister, Sally (Gary) Hubsch of Webster, SD; two nephews, one niece, seven great nephews and three great nieces who will all miss her. She was preceded in death by her father, one sister, LeAnn and grandparents.
To send flowers to the family in memory of Sharon Brostad, please visit our flower store.