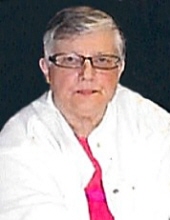 Private funeral services will be 1:00 P.M. Tuesday, January 18, 2022 and will be livestreamed on our Facebook page. Burial will be in the Webster Cemetery.

Public visitation will be Monday 5-7 P.M. closing with a 6:30 prayer service at the funeral home.

Sharon Lynne Schmidt was born on April 20, 1938, to Edward and Thema (Swinson) Cross in Pierre, South Dakota. The family lived on a farm near Pierre until 1944 when they moved to Vivian, South Dakota. She graduated from Vivian High School in 1956. She was baptized and confirmed in Vivian Methodist Church.

She furthered her education at Dakota Wesleyan University in Mitchell, South Dakota where she received a two-year teaching degree. After her education she taught school at Jeffers, Minnesota for three years.

She was united in marriage to Robert “Bob” Schmidt on June 2, 1961, at the United Methodist Church in Webster, South Dakota. To this union three children were born. Sharon taught at many schools throughout her career some of which include Jeffers, MN, Waubay, SD, Webster, SD, and Summit, SD. From 1965 – 1978 she did day care cared for several foster children. After her retirement she volunteered at the Webster Elementary School and the Museum of Wildlife, Science, and Industry in Webster, SD, and State Organization of Retired Citizens.

Sharon was a member of the Webster United Methodist Church where she taught Sunday School, sang in the church choir, served on the Church Board, and was a member of the UMW Women’s Group. She enjoyed reading, sewing, genealogy, researching, and volunteering.