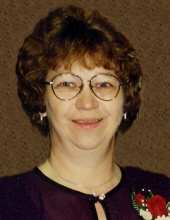 Butler- Stephanie Huwe 68 of Aberdeen and formerly of Butler, passed away Thursday December 7, 2017 at Aberdeen Health and Rehab in Aberdeen. Service will be 10:30 A.M. Saturday December 16, 2017 at Bethesda Lutheran Church in Bristol. Burial will be at Prairie Mound Cemetery near Butler. Visitation will be 5-7P.M. with family sharing at 6:30 P.M. Friday December 15, 2017 at the funeral home. Stephanie Ann (Kvernevig) Huwe was born on April 16th, 1949 in Watertown, SD. She was baptized in Lily, SD. With her parents Rodney and Arlene (Brenden) Kvernevig , brother Gary and sister Lola, they moved to Lead, SD in the early 1950’s and then returned to Bristol, SD where she attended elementary and high school. She then graduated high school in 1968 from Bristol High School. She was united in marriage to Franklin Huwe on May 25th, 1968 at Bristol, SD. After their marriage the couple moved to Butler. She worked various jobs in the Bristol area and went to work at Dakotah Inc, in Webster, where she was for over 20 years. She was a member of Bethesda Lutheran Church in Bristol, where she was confirmed and active in the Ladies Circle for a number of years. Stephanie enjoyed being with her family. She loved the drives that she and Franklin would take. The visits from her children and grandchildren are something she cherished. Always looked forward to having coffee and taking trips to Aberdeen with her best friend Sharil Guthmiller. Stephanie enjoyed taking pictures, crafts, watching tv, playing cards and listening to classic country. Nobody left her house hungry and an invitation wasn’t needed to stop and visit. Diagnosed with dementia when she was 60 years old she held onto as many memories as she could. After a fall at her home in Butler she was moved to Aberdeen Health and Rehab where she resided for almost 3 years. Survivors include one son, Clinton (Carrie) Huwe of Bristol, SD; one daughter, Paula (Levi) Strohschein of Wright, WY; brother Gary (Dlon) Kvernevig of Aberdeen, SD; sister Lola (Gordon) Conley of Grand Forks, ND; sister Karla (Gary) Beisch of Sioux Falls, SD; brother Bruce (Rhonda) Kvernevig of Aberdeen, SD; sister Kris (Nick) Hubsch of Bristol, SD; and four grandchildren, Joslyn, Shaelyn, Layne and Mitchell. She is preceded in death by her parents, husband, one brother Brian Kvernevig and one niece Crystal Conley.
To send flowers to the family in memory of Stephanie Huwe, please visit our flower store.