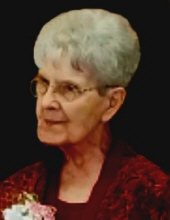 WEBSTER – Theresa Herrick, 100, of Webster passed away Sunday February 9, 2020 at Bethesda Home in Webster. Mass Of Christian Burial will be 10:30 A.M. Saturday JUNE 6, 2020 at St. Josephs Catholic Church in Grenville. Burial will be in the church cemetery. Due to COVID-10, there will be no lunch and social distancing guidelines will be followed. All in attendance are asked to wear a mask. Theresa Evelyn Henning was born on June 6, 1919 to Conard and Valeria (Block) Henning on the family farm West of Pickerel Lake. Theresa attended country school near the family home. After her education she worked for the Hanson family cooking and cleaning. Theresa was united in marriage to Thomas Herrick on October 26, 1937 at St. Joseph’s Catholic Church in Grenville, SD. After their marriage the couple made their home in Grenville. To this union two children, Martin Thomas and Carol Jean. The family moved to Aberdeen, SD in 1951 where Theresa worked as a nurse’s aide and later became a surgery tech at an Optical Clinic for Dr. Rudolph and Dr. Sieman. Theresa continued working here until she retired at age 65. Theresa and Tommy continued to live in Aberdeen. Tommy passed away March 18, 2003. Theresa stayed in Aberdeen until she moved to Heritage Village in Webster and later to Bethesda Home in 2014. Theresa enjoyed embroidery, crocheting, playing cards “whist”, extensive traveling after her retirement and spending time with her family. She will be missed by her daughter, Carol (Dave) Bowar of West Seattle, WA; six grandchildren, Celeste, David Jr., Carmen, Colette, Danny, and Camille. She is preceded in death by her parents, husband, Tommy, seven siblings, and one great grandchild.
To send flowers to the family in memory of Theresa Herrick, please visit our flower store.