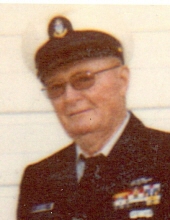 Virgil Althoff, 84 of Waubay died on Monday, September 07, 2015 at his home near Waubay. Funeral Services are at 10:00 A.M. Thursday, September 10, 2015 at Our Savior’s Lutheran Church in Waubay, Rev. Charles Bunk officiating, with burial at Ortley Cemetery. Visitation will be on Wednesday 5-7 P.M. at the funeral home. Virgil Eugene Althoff was born on Saturday, April 11, 1931 to Simon and Ella (Gramberg) Althoff on the family farm in Waubay Townshp, Day County, South Dakota. He was baptized and confirmed at Our Savior’s Lutheran Church in Waubay. He attended country school through the eighth grade near his home. After he received his education he worked on the family farm until he was drafted into the U.S. Navy during the Korean War in 1952. He was stationed in the Pacific Theatre. On November 4, 1959 he was united in marriage to Gaila Yearout at Pipestone, Minnesota. In 1960 Virgil transferred into the U.S. Coast Guard. The couple lived where he was stationed in California, Alaska and Texas. He retired after twenty four years of service on May 1, 1976. The couple returned to the Waubay area. During his retirement he was engaged in custom fencing and also worked for a short time at the Waubay Coast to Coast store. He was a member of Our Savior’s Lutheran Church in Waubay and also belonged to the Ortley V.F.W. He loved telling stories, woodworking, hunting waterfowl and big game, attending auction sales and working on older Farmall tractors. Virgil passed away on Monday, September 07, 2015 at his home near Waubay at the age of 84 years, 4 months and 27 days. Survivors include his wife, Gaila of Waubay; three sons, Bruce (Jean) Althoff of Great Falls, MT, Russell (Marla) Althoff and Perry (Julie) Althoff both of Webster, SD; two brothers, Earl (Serine) Althoff of Waubay, SD and Eugene (Oriet) Althoff of Webster, SD; three sisters, Verna Knapp of Waubay, SD, Dorothy (Lloyd) Pies of Sisseton, SD and Marie Leppin-Graves of Oregon; seven grandchildren and five great grandchildren. He was preceded in death by his parents, three brothers and three sisters.
To send flowers to the family in memory of Virgil Althoff, please visit our flower store.