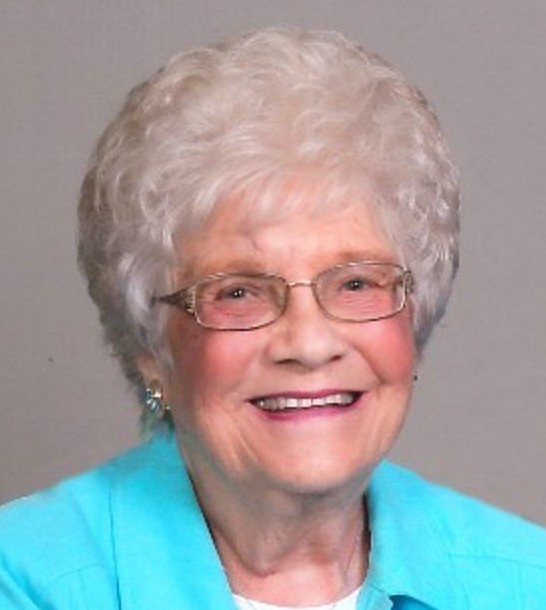 Virginia Chilson, 86, of Webster, SD, passed away on Wednesday, May 18, 2022, at Sanford Medical Center in Sioux Falls, South Dakota.

Virginia Lee Chilson was born on February 25, 1936, in Ogallala Nebraska to Carl and Isabelle (Reisen) Kostman. At age two her family moved to Brush, Colorado where she was baptized and confirmed at Bethlehem Lutheran Church. She attended elementary school and graduated from Brush High School in 1954. While in high school she was very active in choirs, orchestra, and band. She attended Augustana College in Sioux Falls, South Dakota and began her teaching career in Sioux City, Iowa where she taught for two years.

While at Augustana she met Charles “Chuck” Chilson, and they were married June 27, 1958, in Brush, CO. After their marriage the couple made their home in Webster, South Dakota where her husband was in business with his father. Virginia began teaching in Webster Elementary School in 1958. Two children were born to the couple, Carol Jeannine on September 17, 1961, and David Charles on July 7, 1964.

Virginia remained very dedicated to education as she loved being a substitute in the Webster and Roslyn Schools for many years. In 1979, she began working part time in the family business. The Elevator Store. With more responsibilities, enjoyment of working with people and clothing, she worked full-time until the stores closing in 1995. Virginia and her husband moved to Pickerel Lake in 1993 as their permanent home. She continued welcoming family and friends for social events. She and Chuck enjoyed traveling to southern states during the winter months. Phoenix, Arizona was their favorite destination. In 2015 they moved back to their “roots” – Webster.

Virginia was an active member of the St. John’s Lutheran Church, teaching Sunday school, giving bible studies, circle, WELCA, was an original bell choir member and singing in Sr. Choir for 61 years. She willingly served on various committees. She held several officer positions in Junior Websterian Study Club and Progressive Reading Circle for over 50 years. She was a Girl Scout leader for 10 years and worked with the Jaycee-Ette’s on the local and state level. Virginia and Chuck enjoyed traveling to many of their grandchildren’s athletic events and thankfully supported their post college careers. She loved working with kids and never passed up an opportunity of helping one. Virginia was strong in spirit and young at heart, she loved helping others, and always had a smile for everyone she met.

Virginia passed away on Wednesday, May 18, 2022, at Sanford Medical Center in Sioux Falls, South Dakota at the age of 86 years, 2 months, and 23 days.

Memorial may be sent to:

To send flowers to the family in memory of Virginia Chilson, please visit our flower store.