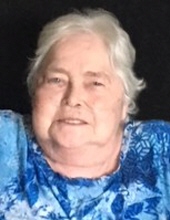 Wanda Roth, 74 of Aberdeen and formerly of Andover died on Wednesday, May 16, 2018 at Aberdeen Health and Rehab. Her funeral will be at 10:30 A.M. Monday, May 21, 2018 at Fiksdal Funeral Chapel in Webster. Rev. Jon Droege will officiate. Burial will be at Andover Cemetery. Visitation will be at the funeral home on Sunday 5-7 P.M. Wanda Lee Longland was born on October 18, 1943 to James and Ellen (Lemke) Longland at Omak, Washington. When she was nine years old the family moved to northeast South Dakota. She attended school where the family resided at the time. She married Merle Rohde on February 14, 1960 at Egeland Lutheran Church near Waubay. The couple lived in Webster for a short time and then lived in other towns in the area. On October 5, 1969 she was united in marriage to Gene Roth at the United Methodist Church in Andover. After their marriage the couple lived on the Roth family farm east of Andover. She was employed for ten years at Dakotah, Inc. in Webster until she retired in 1997. Besides her job she was also active in the day to day operations of the farm. Gene passed away in January 2007. After his death she lived on the farm until January 2018 when she moved to Aberdeen. Wanda loved to square dance, play cards, assisted with preparations for husband’s love of horses, leatherwork and painting. She enjoyed sewing, especially sewing clothing and quilts. Most of all she loved spending time with her family. Wanda passed away on Wednesday, May 16, 2018 at Aberdeen, South Dakota at the age of 74 years, 6 months and 28 days. Survivors include two sons, Marvin (Debra) Rohde of Mona, IA and Roger Rohde of Aberdeen, SD; three daughters, Mary (Tom) Olson of Langford, SD, Brenda (Jim) Schoenfelder of Lonsdale, MN and Karla Roth of Bristol, SD; one brother, Harlan (Pat) Longland of Seattle, WA; two sisters, Janet Longland of Kearney, NE and her twin sister, Wilma Sattler of Clark, SD; fourteen grandchildren and seventeen great grandchildren; and many nieces and nephews. She was preceded in death by her parents, husband, Gene, infant twins, two sisters, Carrie Fairfield and Lola Grimm, one brother, Chuck, twin grandchildren and one granddaughter.
To send flowers to the family in memory of Wanda Roth, please visit our flower store.